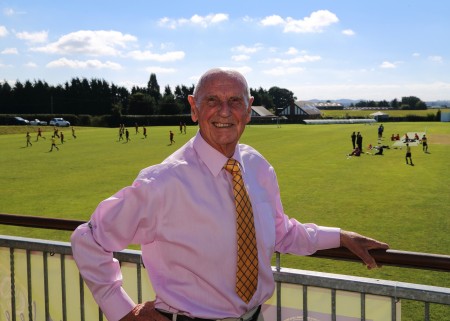 Ray is the son of the founder of our business, Nellie Grocott, who established her cattle haulage business in wartime Britain.  He joined his mother’s business to form N. Grocott & Son after leaving school and has been the driving force behind the development and success of the company.

Ray’s instinctive head for business and his passion to always deliver for customers by introducing and adapting new services, saw him move the company from its roots in livestock haulage to its current position as a major player in the distribution and storage industry.

Grocontinental continues to grow spearheaded by Ray’s philosophy of always looking ahead and making timely decisions to propel the business forward.

Now the inspiring figurehead of the business he owns with his son and daughter, David and Linda, Ray, now in his 80s, is still actively involved in Grocontinental and maintains strong links with customers.

He also champions the Grocontinental culture and maintains the strong family values that have always been at the centre of the business including respect and fairness.

In 2015, through The Grocott Family Charitable Trust, Ray built a new £1 million state-of-the-art medical centre to save his local GP practice in the village of Prees, near Whitchurch.

He acted after the surgery in the village was threatened with closure following the retirement of the village GP whose home accommodated the surgery.