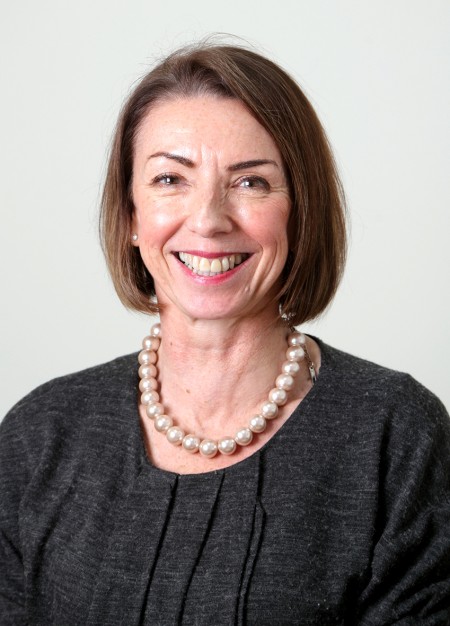 Hazel provides marketing and communications support to Grocontinental.   Her agenda includes internal and external communications, brand management and managing the company’s sponsorship and charities programme.  Specific projects include working closely with Linda Grocott preparing submissions for industry awards and worrying about what to feature on the Grocontinental calendar each year!

She also works closely with the HR Team on employee communications and supports Hugh Jones on the production of commercial tenders.

After returning to Shropshire in 2008 after 12 years in London, Hazel has worked as a freelance marketing consultant for a number of Shropshire businesses and charities.  She also supported former footballer and leukaemia survivor, Geoff Thomas, to promote his charity to raise money for blood cancer drug trials.

During a nine-year career at The Football Association, Hazel worked as Head of Marketing Communications and managed the rebranding and guardianship of The FA and its key brands, including The FA Cup and the England team.

Hazel also worked as Marketing Manager on England’s campaign to host the FIFA World Cup of 2006 and had specific responsibility for the production of the campaign’s 1000-page bid document.

On The FA’s successful staging of the EURO 96 tournament (UEFA European Championship), Hazel was based in the West Midlands and had responsibility for promoting the tournament through media relations and managing a full media news service throughout the tournament.  She was also a key player in the stage management of the tournament’s Final Draw, televised live throughout Europe, and the Opening Ceremony at Wembley.

Hazel moved to Tottenham Hotspur FC in 2004 as Head of Marketing where she was responsible for driving marketing campaigns for key revenue generating areas of the business and the implementation of a full rebranding project across the club.

She has worked with the team at Grocontinental since 2008.

Most of Hazel’s spare time is spent on the golf course at her local club, Hawkstone Park, trying to reduce her handicap of 23 which she says she has been stuck on for some time!

She has a keen interest in football and, during her time at Tottenham Hotspur, qualified as an FA Level 1 coach.

Hazel also collaborated on a football-based children’s novel which was published in 2007 and is proud of the gold medal she holds for Latin American dancing!